Bush: "We took a thumping"

The phrase "No shit Sherlock" came to mind when Bush did his first of several post-election speeches yesterday. Rumsfeld's resignation coupled with the loss of the House and the Senate to the Democrats had clearly left the current admistration in a total mess. 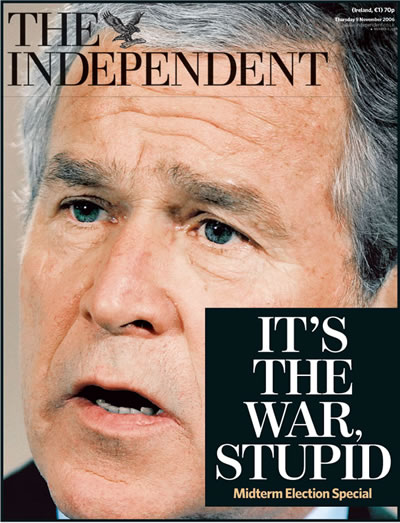 It remains to be seen whether the Democrats will now choose to work towards making the US and the rest of the World a better place, or rather, sensing blood, they go after Bush by launching inquiry after inquiry into the admistrations handling of the 'first war of the 21st century'.
Posted by Nige at 11/09/2006 01:12:00 pm
Email ThisBlogThis!Share to TwitterShare to FacebookShare to Pinterest